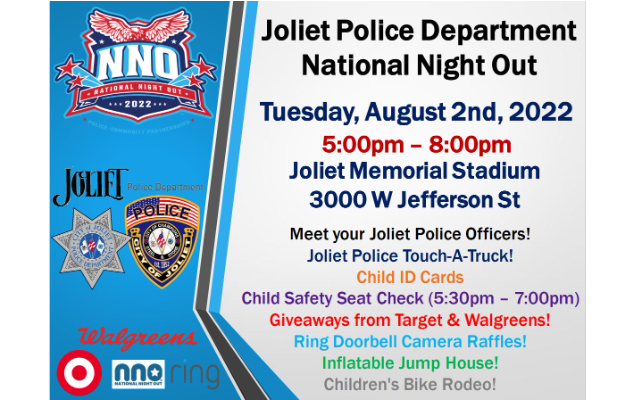 There will be a children’s bike rodeo, and inflatable jump house and raffles for Ring Doorbell. The National Night Out event will be held tonight between 5 p.m. and 8 p.m.

The first Night Out was held back in 1984. Police officers say they love the event because it’s a great way to build a relationship with the neighborhoods they serve.