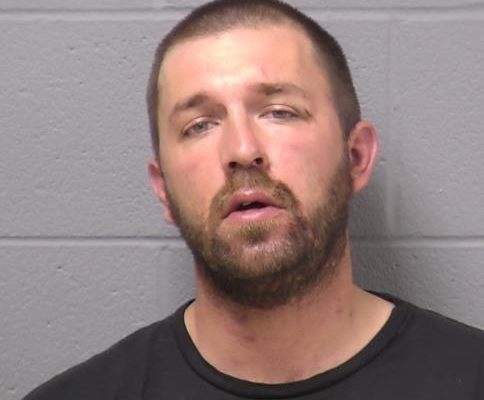 Joliet Police have announced the arrest of a 34-year-old Joliet man on charges of Home Invasion, Aggravated Battery and Criminal Damage to Property. On Saturday May 9th at approximately 11:28pm, Officers responded to the 5100 block of Williston Court in reference to a disturbance. Officers were able to determine that Matthew K. Kodrick had entered a private residence to confront a 33 year-old male victim over a past altercation. The victim was awakened to Kodrick entering the residence and victim’s bedroom.

The victim was able to flee out of his residence, away from Kodrick. Kodrick then followed the victim outside, and used a knife to slash the victim’s vehicle tires. He then fled the scene in a gray Jeep SUV prior to Officers’ arrival.

Officers located a gray Jeep SUV matching the description in the area of Theodore Street & Staghorn Drive, and conducted a traffic stop. The driver of the Jeep (Kodrick) was taken into custody without issue. He was then transported to the Joliet Police Department for booking procedures, where he indicated his involvement.