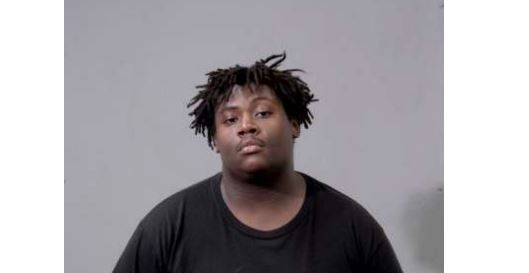 A 21-year-old Joliet man was arrested over the weekend after a traffic stop led to the recovery of a defaced firearm. On Saturday night, around 10:56pm, Joliet Police were called to the 500 block of South DesPlaines Street due to a parking complaint, as the vehicle was parked in front of a fire hydrant. Shortly after arriving the driver exited the car and began to walk into a nearby alley. Officers made contact with the driver who attempted to give police a false name. The driver was eventually identified as Earnest Anderson.  Anderson attempted to run from officers but was immediately apprehended. While being placed into custody, Anderson indicated that he possessed a handgun. Officers recovered a loaded 9mm handgun from Anderson’s waist. The serial numbers of the firearm appeared to have been defaced.

Earnest Anderson has been charged with Aggravated Unlawful Use of a Weapon, Defacing Identification Mark of Firearm, No Valid FOID, and Obstructing a Peace Officer.