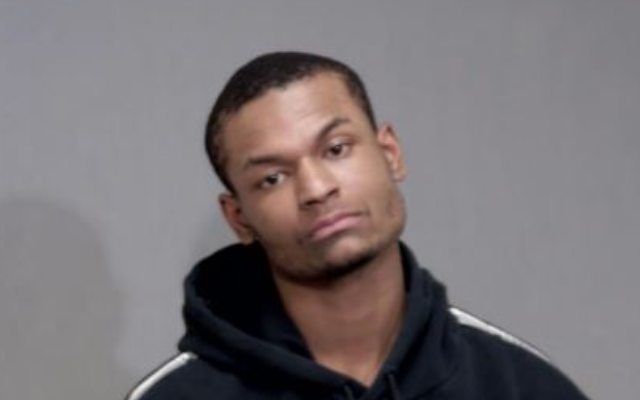 A Joliet man threatens to kill officers at the Joliet Police Department following his arrest. Twenty-one year old Kehwon Watts was arrested, booked, and transported to the Will County Adult Detention Facility for the offenses of Aggravated Unlawful Use of a Weapon, Possession of a Firearm with no FOID, Reckless Conduct, Aggravated Assault (3 Counts), Possession of
Controlled Substance, Resisting a Peace Officer, Obstructing a Peace Officer and valid Will County arrest warrant.

On January 22, 2021 at approximately 5:03 p.m., Officers responded to a residence in the 800 block of Ewing Street in reference to a disturbance. Upon arrival, Officers determined that a disturbance had occurred at which time Watts intentionally struck the victim’s vehicle with his vehicle. The victim and her daughter were in the vehicle at the time of the collision. While still in his vehicle, Watts pointed a black handgun at the victim then fled from the scene.

A short time later, Officers conducted a traffic stop on Watts in the 400 block of East Washington Street and placed him into custody without incident. Officers recovered a bag of a white powder suspected to be cocaine from Watts’ pocket. Upon search of his vehicle, Officers recovered a loaded handgun.