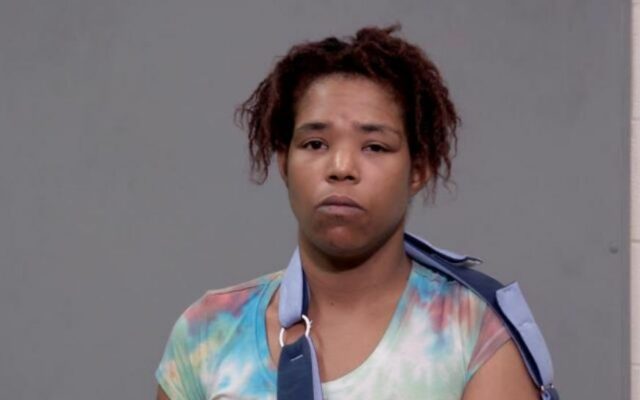 A 30-year old Joliet woman was arrested Friday afternoon after allegedly trying to place a Joliet Police officer in a headlock during an argument. It was just before 3:15 pm that officers were called to an apartment in the 300 block of Bluff Street for an unwanted person. Joliet Police learned that Janquishlan Aguirre was inside the apartment of a male tenant and was refusing to leave. Aguirre has her own apartment in the same building and is the girlfriend of the tenant who had called police.

After repeated requests from officers to leave the apartment Aguirre became angry and is said to have started verbally abusing officers. Joliet Police tell WJOL that’s when she allegedly kicked an Officer. Once Joliet Police attempted to place Aguirre into custody she began to struggle and then tried to place an officer in a headlock. Following the struggle she was arrested and placed in a squad car. Joliet Police also tell WJOL that she began kicking the rear window once secured inside the vehicle.