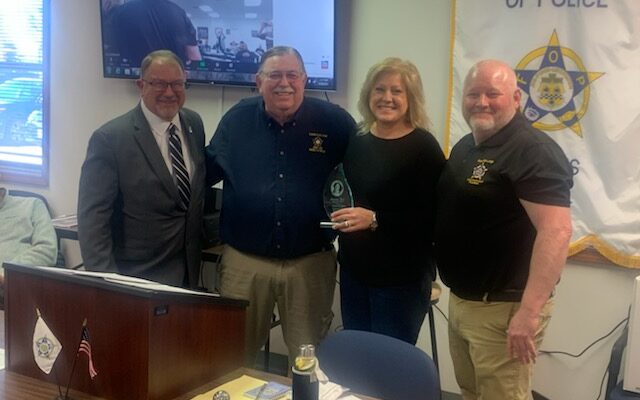 The FOP Chardy Lieb Memorial Award is presented to an FOP member’s spouse for their active and dedicated support to the organization. Carol Turney is the wife of FOP Second Vice President Keith Turney, and Carol’s management of Keith’s national campaign enabled her husband to be elected the national FOP Sergeant at Arms twice for two consecutive, two-year terms. Keith Turney was the first Illinois FOP member to win a national position since 1995. He is also the first Illinois FOP member to win a position on the seven-person National FOP Executive Board, which runs the day to day operations of the 340,000+ membership of the National FOP.

The Chardy Lieb Memorial Award is named for the late wife of Jerry Lieb, a longtime FOP executive board member, and Chardy’s dedication to the FOP cause helped the organization to significantly grow and improve over the years.