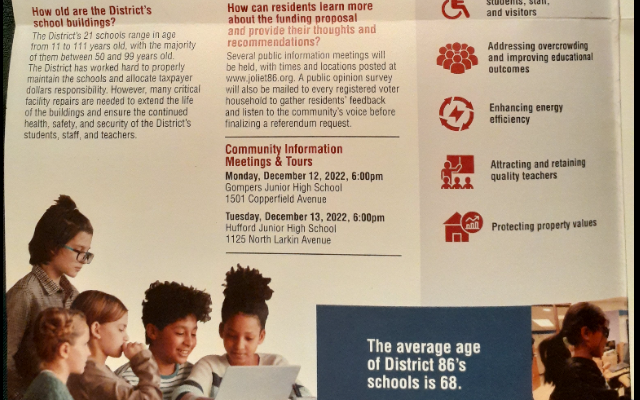 Joliet District 86 is holding a public meeting tonight, Tuesday, December 13th at Hufford Jr. High School at 6 p.m. The district is looking to build two new junior high schools to replace Gompers and Hufford and need 100 million dollars in school bonds. The district’s 21 schools range in age from 11 to 111 years old, with the majority of them between 50 and 99 years old according to district information pamphlet sent to residents in District 86. The referendum is expected to be on the ballot in the April 4th Consolidated election.