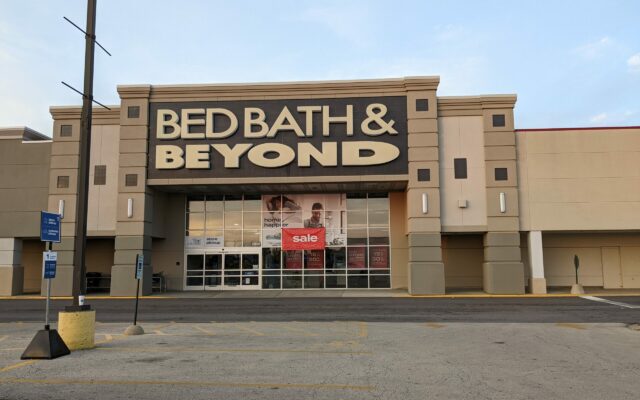 Retailer Bed, Bath and Beyond has announced what stores it will be closing, and six are in Illinois. The company announced it would close 150 store fronts, and lay off 20% of its corporate employees. The closures are part of a broader plan to stabilize the company’s finances and turn around its declining sales. The six stores closing in Illinois include Joliet, Carbondale, Gurnee, Schaumburg, Fairview Heights, and Bourbonnais. No timetable released as to when the Joliet store will fully close, until then sale signs read 15 to 30% off merchandise.