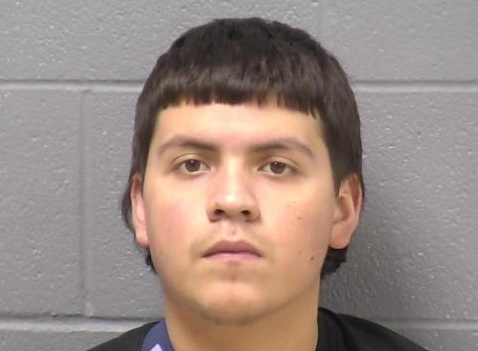 An 18-year-old Joliet man was arrested for their alleged role in a shooting from Tuesday night. Xavier Garcia has been charged with Reckless Discharge of a Firearm, Aggravated Unlawful Use of a Weapon, Reckless Conduct, Unlawful Possession of Ammunition, and No FOID.

It was at 10:42pm the Police were called to the 600 block of Clement Street for a report of two people who had been shot. Shortly after arriving Officers found a 17-year-old with a gunshot wound to the abdomen. Garcia had suffered a wound to his left hand. Authorities tell WJOL that Garcia had arrived at the house with a .40 handgun and while handling the weapon in the bathroom, it fired and struck him in the hand and the teen in the stomach. Both were transported to Ascension St Joseph Medical Center by the Joliet Fire Department with non-life-threatening injuries.

Garcia was arrested and charged after being released from the hospital.