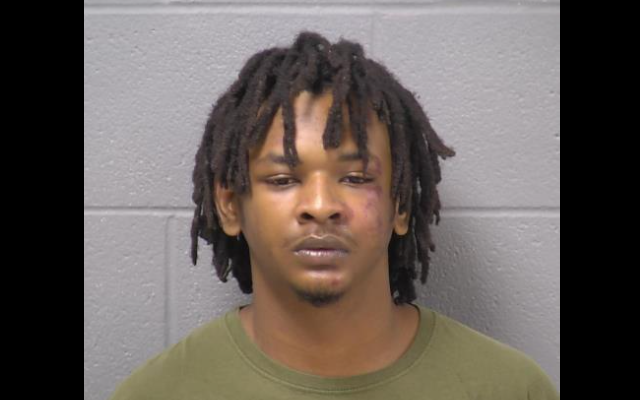 Just hours after a shooting in Crest Hill that left one person injured with non-life threatening injuries an arrest has been made. Eighteen-year-old Anthony Brown Jr. of Joliet arrested for the shooting of a juvenile.

It was on Tuesday, October 4th at about 3:40 p.m., Crest Hill Police responded to the report of a shooting that occurred in the 1200 block of Cedarwood Drive. Officers were also informed of a victim with injuries.

Officers arrived on scene and located the victim. Officers provided emergency first aid to the victim. The victim was transported by Lockport Township Fire Protections District to Ascension St. Joseph medical Center in Joliet. The victim’s condition is believed to be non-life threatening at this time.

Brown fled the scene and was located in the 1500 Block of Rock Run Drive. Brown fled on foot from responding Officers and was taken into custody using a less lethal force option. At 9:53 p.m. Brown was transported to the Will County Adult Detention Center and awaits a bond hearing. He’s charged with aggravated discharged of a firearm, aggravated battery causing great bodily harm and aggravated unlawful use of a weapon.

Crest Hill Police Chief Ed Clark says the officers, “did a great job, in responding quickly, relaying information and locating the suspect in this case.”