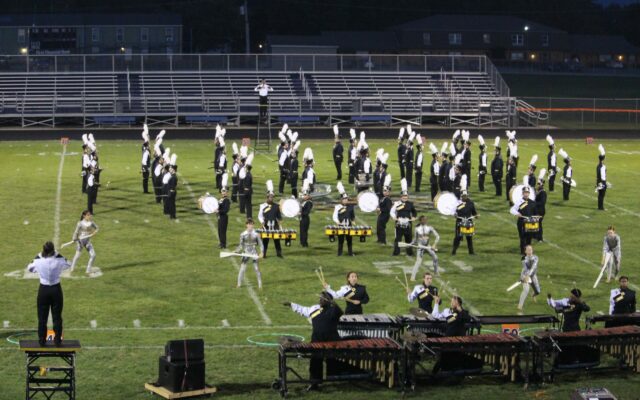 The Joliet West High School Marching Tigers began their competitive season on Saturday with a great performance at the 17th Annual Pontiac Marching Band Competition. The band placed 2nd in Class D and was one of 12 performing bands at the festival.

The band will continue its competitive season with a performance at Plainfield South on September 24 at 3:15 p.m. Future performances also include Downers Grove South, Naperville Central, and the band will finish the season on October 22nd at the Illinois State Marching Band Championships.

“We are very excited with the quality performance that the students had on Saturday night,” said West Director of Bands Eric Wellman. “They been working very hard since our summer camps began in June, and it was great to play in front of such a large and appreciative crowd.”