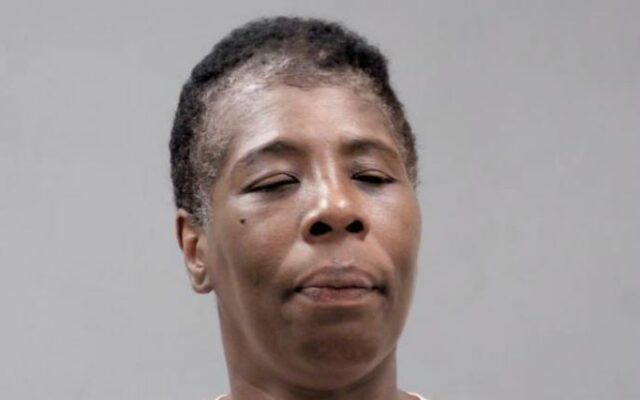 Joliet Police have announced the arrest of a 55-year-old Joliet woman after she allegedly hit her cousin with a bottle of alcohol. On Tuesday afternoon, just after 1:30 pm, the Joliet Police were called to the Riverside Center apartment on Ottawa Street for a report of a domestic disturbance. Officers learned shortly after arriving that Cynthia Crowder allegedly threw a plastic vodka bottle at her male cousin, striking him in the eye. She reportedly threw the bottle as a result of an argument to the two were having at the time. Following their investigation police attempted to place Crowder into custody, at which time she is said to have struck an officer in the arm. Authorities tell WJOL that she appeared to be intoxicated at the time of her arrest.

Cynthia Crowder has been charged with Aggravated Battery to a Peace Officer, Domestic Battery, and Criminal Trespass to Real Property.