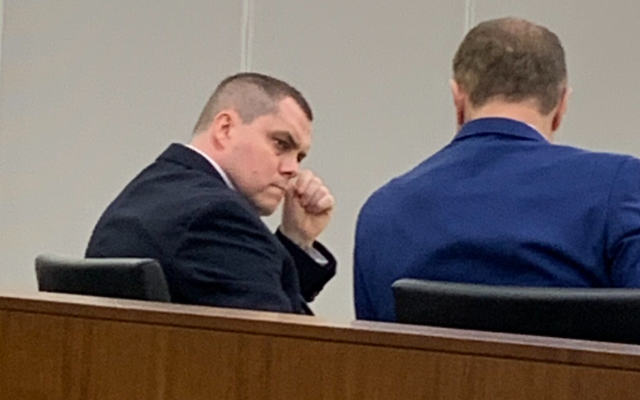 Deputy Coroner took the stand and a forensic pathologist in the first-degree murder trial of Outlaw member, 36-year-old Jeremy Boshears in Will County. He’s accused of murdering 24-year-old Katie Kearns at the Outlaw clubhouse located at 1915 East Washington Street in Joliet in 2017. It was graphic and unnerving for people in the courtroom including the jury. One of the jurors got sick and proceedings halted for a time until the juror recovered after seeing gruesome pictures of the bullet entry and exit wounds from Kearns head.

The jury was shown the wrapped body of Katie Kearns in her borrowed Jeep found inside a pole barn in St. Anne, Kankakee. The property is owned by a Joliet Outlaw member. Kearns’ body was wrapped in plastic from a pool table cover and lying on top of a mattress. 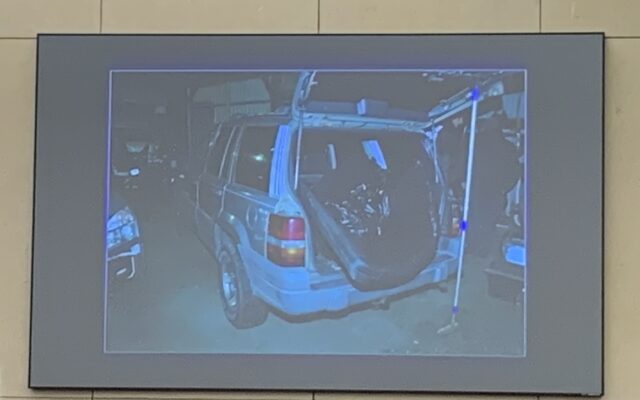 The defense argued the angle of the gunshot wound that took Kearns life was self inflicted.

The prosecution is expected to wrap up calling witnesses next week, no word if Boshears will testify in his own defense.

Katie Kearns jeep found in Kankakee in a barn. Her body wrapped in a pool table plastic cover and a mattress.