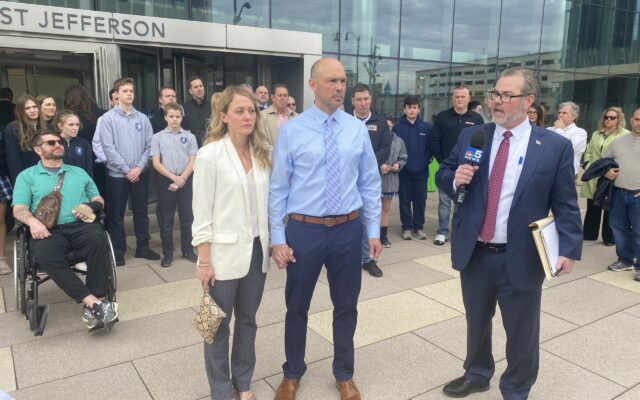 The trial date for off-duty Will County Sheriff’s Deputy, Edward Goewey is set for Tuesday, August 9th. Goewey pleaded not guilty to the Class C Misdemeanor Disorderly Conduct Charge of December 3rd, 2021. The disorderly conduct charged was in response to a threat of gun violence in his daughter’s seventh-grade classroom at Saint Mary’s School in Mokena.

It was on December 3rd, Goewey went to St. Mary’s Catholic School after learning that a student had stated that he planned to bring a gun to school. His children attended that school, and he did not feel that officials handled the situation appropriately.

Staff felt threatened after he tapped his right hip had alarmed one of the school officials who believed the Goewey was indicating he had a firearm.

Despite pressing charges against Goewey, the Diocese of Joliet expressed “regret” in an email to parents, admitting the school did not have a proper crisis management plan in place when an alleged gun-related threat was reported to the school.

Attorney Bod Bodach anticipates taking the matter before a jury. He says, “We look forward to presenting the facts of the case,” and is confidence they will prevail. Associate Judge Brian Barrett will hear the case at the Will County Court House.