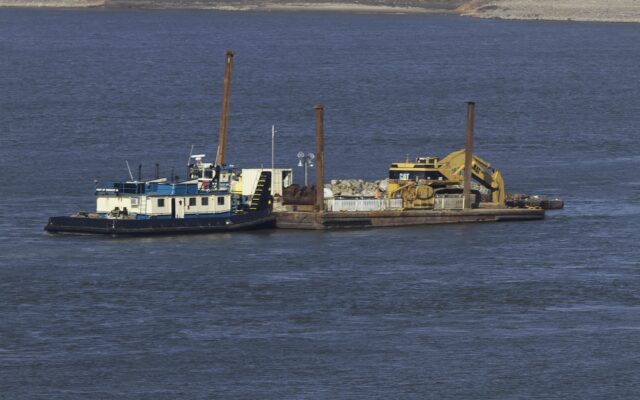 The Channahon Fire Protection District has announced that the body of the missing barge worker was found in the Des Plaines River on Tuesday afternoon. It was on Monday night, just after 7:15 pm, that the CFPD was called to the area of I-55 and the Des Plaines River for a missing member from a barge crew. An investigation showed that the crew member was last seen at approximately 5:45 pm.

The barge initially departed from the area of Interstate 55 and Des Plaines River in Channahon and eventually docked after passing through the Dresden Lock and Dam. A search area was established between Interstate 55 and the Dresden Dam and Lock. Search boats were deployed and conducted several search patterns along the approximate 7 miles of river channel.

The Channahon Police Department assisted by deploying a drone in three different  flight paths over the search area. The U.S. Coast Guard provided a helicopter and  provided aerial passes over the river. Search efforts were unsuccessful in finding the missing crew member. The search was stopped at 9:00 pm last night due to poor visibility from nightfall. Search operations resumed at 6:00 am Tuesday morning.

The Channahon Fire Protection District announced on Tuesday afternoon that a deceased person matching the description of the barge crew worker was discovered by search and recovery crews. The man has identified as Artie Odom.