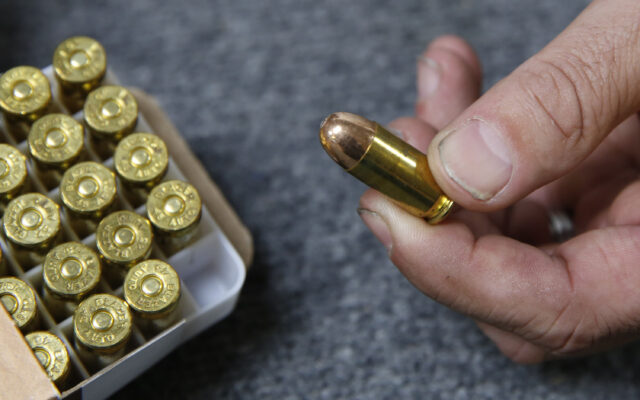 Illinois gun owners would pay a 1% tax on ammunition under a bill that was added to a General Assembly committee list. Under House Bill 238, any ammunition sold in Illinois would have an additional 1% surcharge tacked onto the sale price after adding on existing taxes and fees. The money would be directed to a Trauma Response Fund, an account that would be distributed to public school districts to help pay for a new state-mandated program to prepare for mass trauma events. The program is also created by the legislation.

It was filed on Jan. 22 by Rep. Sonya Harper, D-Chicago, but sat idle until earlier this month when it was assigned to be heard by a subcommittee scheduled to meet Thursday. As is common in the Illinois Legislature, there’s no guarantee the legislation will be voted on Thursday. Harper didn’t respond to a request for comment about her legislation. Freeport Republican Rep. Andrew Chesney, who also sits on the House Sales, Amusement, & Other Taxes Subcommittee, supports the idea of better preparing local officials to deal with any kind of trauma. However, he said paying for it with an infringement on residents’ Second Amendment rights is a non-starter for him. “There is not a Republican or Democrat in the General Assembly that is opposed to helping people in an emergency or trauma response,” he said. “The question is how to pay for it, how it’s implemented, the size of that safety net, and the size of the program. But, that is not what this bill does, which is regressively zeroes in on 2nd Amendment supporters.”

Excise taxes like these, Chesney said, disproportionately affect low-income gun owners. “These types of taxes disproportionately impact the poor and working poor,” he said, adding that he lives ten minutes from the Wisconsin border and cheaper ammunition. Firearms safety instructors often tell gun owners to continually train with their firearm, something that becomes more expensive with higher taxes on ammunition. Other studies failed to show a correlation between safer gun use and continual training.  The bill also raises a number of questions about whether the tax would be applied to online purchases. Local units of government would not be required to pay the additional tax when purchasing ammunition for their police forces to train and carry.

Illinois lawmakers have sought to increase taxes on firearms and ammunition on multiple occasions. Legislation that died in the previous General Assembly would have imposed one cent-per-cartridge tax on ammunition to pay for mental health services. Another piece of legislation that failed last year was a proposed 2% tax on ammunition meant to pay for a safe school program. The City of Chicago imposes a $25 tax on firearm sales in the city.  Chesney noted that Illinois was the last state in the nation to allow for concealed carry of firearms after a federal appellate court ruled they were violating the Second Amendment rights of residents by not allowing for any type of carry provision.