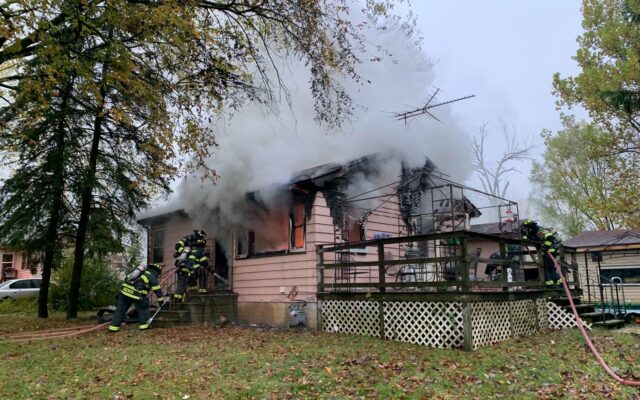 The Lockport Township Fire Department were called to a house fire just after 8:00 this morning in the 400 block of Connor Ave in unincorporated Lockport Township. Upon arrival, crews found a small, one-story residence with heavy flames showing from the front of the home. The fire was quickly extinguished, but the home has been deemed uninhabitable, due to the extensive damage caused from the blaze. There were no injuries and the Red Cross was called in to assist the sole resident that was home at the time of the fire. East Joliet and Northwest Homer Fire Departments were called in to assist at the scene, and the fire remains under investigation