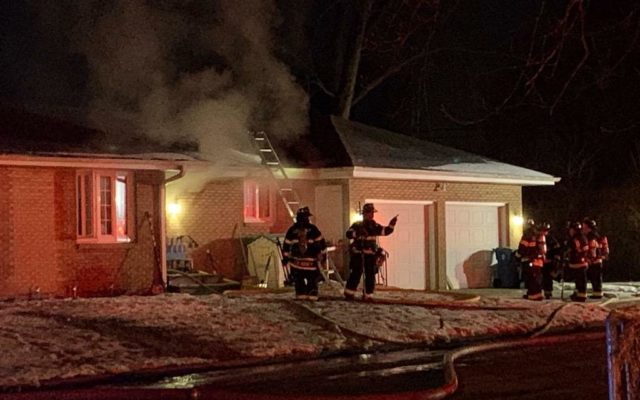 A fire at a house in Crest Hill leaves the home uninhabitable due to extensive smoke and fire damage. It was just after midnight on Tuesday, February 11th that the Lockport Township Fire Protection District responded to a reported house fire in the 1800 block of Oakland Ave in the City of Crest Hill.

Fire crews arrived to find a one story, single family residence with smoke showing from a fire that originated in the basement of the home. The fire was brought under control in approximately 20 minutes but the crews had to perform extensive overhaul to completely extinguish the fire.

The home was left uninhabitable due to extensive smoke and fire damage. The occupants of the home were able to safely evacuate prior to the fire departments arrival and no injuries were reported.

New Lenox, Plainfield, Romeoville, and Troy Fire Departments provided assistance. The cause of the fire is under investigation.