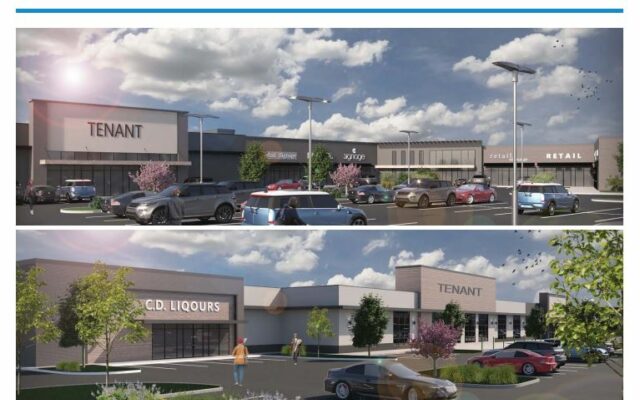 THE DRAWINGS AND IMAGES IN THIS DOCUMENT ARE INCLUDED TO REPRESENT DESIGN INTENT AND CONCEPT ONLY. HINMAN DEVELOPMENT

If you live in Bolingbrook, you’ve noticed fencing and construction around one of the major entrances to the Village. The old Century Tile plaza is getting a major make-over. Northern Tool Equipment is set to begin construction on a 24-thousand square foot free standing building. C.D. Liquors is boarded up because it’s doubling in size.

Bolingbrook Mayor Mary Alexander-Basta says the plaza at Route 53 and I-55 is approximately 145-thousand square feet. Denny’s will remain open but also get a makeover. As for an anchor retailer, Mayor Basta says they’re still looking for the wow factor in an anchor store.

Artist renderings for the redevelopment of The Commons shopping center at the northeast corner of Bolingbrook Drive and I-55.

THE DRAWINGS AND IMAGES IN THE ABOVE DOCUMENT ARE INCLUDED TO REPRESENT DESIGN INTENT AND CONCEPT ONLY.