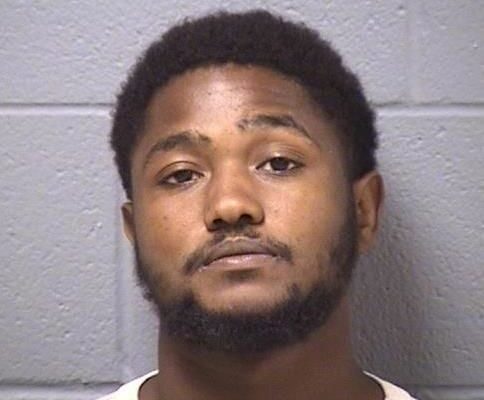 Bennett was taken into custody at a residence in Morris, Illinois by members of the US Marshals Great Lakes Regional Fugitive Task Force. Bennett was transported to the Will County Adult Detention Facility.

On September 27, 2022, at 12:16 PM, Officers responded to a residence in the 300 block of Comstock Street for a report of a 2-year-old male child that had sustained a self-inflicted gunshot wound.

Joliet Police Detectives initiated an extensive investigation and determined that the 2-year-old child appeared to have shot himself in the face after accessing an unsecured and loaded 9mm handgun in a bedroom of the residence. The child’s mother was present in the home and was caring for another child at the time of the incident.

During the course of this investigation, Detectives identified Bennett as the owner of the unsecured handgun. Bennett was determined to be the boyfriend of the child’s mother. Detectives also recovered suspected cannabis that appeared to be packaged for individual sale in the residence. On September 30, 2022, Detectives were granted an arrest warrant for Bennett for the above-listed charges. A Will County Judge set a bond for the warrant at $200,000.00

The 2-year-old victim remains hospitalized at Lurie Children’s Hospital in Chicago where his condition has somewhat improved and medical staff remains hopeful that the child will continue to make progress.

The Joliet Police Department wishes to thank the US Marshals Great Lakes Regional Fugitive Task Force for their assistance in this case.