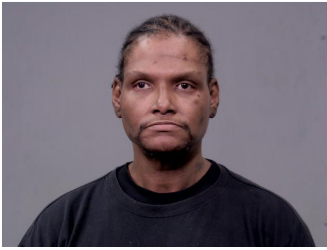 A 50-year-old Joliet man has been arrested in connection to two different armed robberies at a Joliet 7-Eleven in the span of just a couple of day. Johnathan Steele has been charged with Armed Robbery (2 Counts), Armed Violence, Armed Habitual Criminal, Unlawful Use of a Weapon by Felon, Possession of a Controlled Substance with Intent to deliver, and an active Federal Probation Violation Warrant.

During the evening hours of January 16, 2023 (8:36 PM) and January 18, 2023 (7:14 PM), Officers responded to two separate armed robberies at the 7-Eleven located at 325 South Larkin Avenue. During both incidents, the suspect entered the store, displayed a handgun at the cashier, and demanded money from the cash register. The suspect stole cash from the armed robbery on January 16th and a carton of cigarettes during the January 18th robbery. A police investigation led police to believe that the same suspect had been responsible for both armed robberies.

Eventually Joliet Police identified Johnathan Steele as the suspect who had committed both armed robberies. It was also determined that Steele held an active federal probation violation warrant from the United States Marshals Service as well.

On Thursday afternoon, at 1:01 PM, Officers observed Steele in the passenger seat of a vehicle in the 200 block of North Hickory Street. Officers made contact with Steele and placed him into custody without incident. Upon search of Steele, Officers recovered a loaded .38 caliber handgun and suspected cocaine from his pants pocket. The vehicle was towed from the scene.