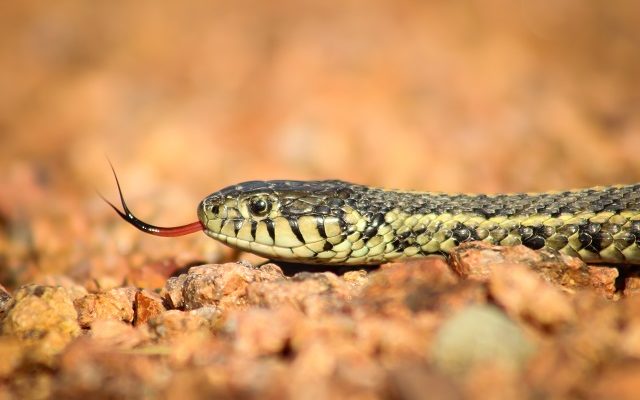 A snake sunbathing at Sauk Trail Reservoir in Frankfort slithered into first place for the December portion of the Forest Preserve District of Will County’s Preserve the Moment photo contest. The shot was snapped by Manhattan resident Jacob Dalen who said he was out taking photos when he almost stepped on the garter snake as it warmed itself on the gravel trail. “It was a fairly large snake, as it was almost two feet long,” he said in an email. “To take the photo, I had to lay down on the gravel next to the snake, making sure I did not cause any added stress.”

Dalen, who is a student at the University of Illinois at Urbana-Champaign and hopes to be a wildlife veterinarian, said he took many shots at different angles trying to get the perfect composition. “I have been taking pictures since I was about 8 years old, but in 2016 I bought my first DSLR (camera). Since then, I have focused on taking pictures of wildlife because I have always felt a connection with nature.”

Honorable mentions for December were awarded to: Frank Rink of Shorewood, Nancy Havener of Naperville, Michelle Wendling of Joliet and Byron Morgan of Crete.