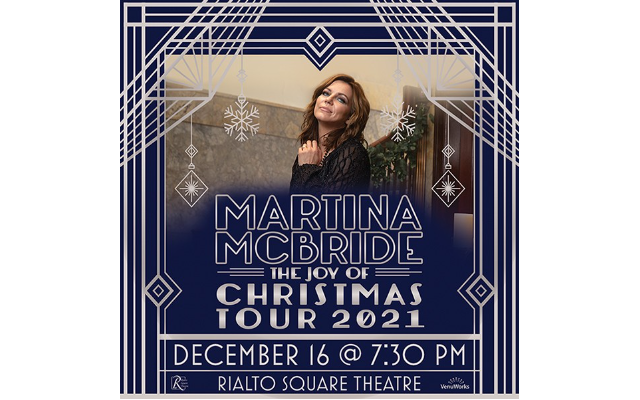 Multiple Grammy® nominee Martina McBride has sold over 23 million albums to date, which includes 20 Top 10 singles and six #1 hits. She’ll be performing at the Rialto Square Theatre on Thursday, December 16th at 7:30 p.m. Tickets go on sale on Friday, October 15th at 10 a.m.

When Martina isn’t in the studio, she focuses her time on charitable causes dear to her heart through her Team Music Is Love charity imitative.