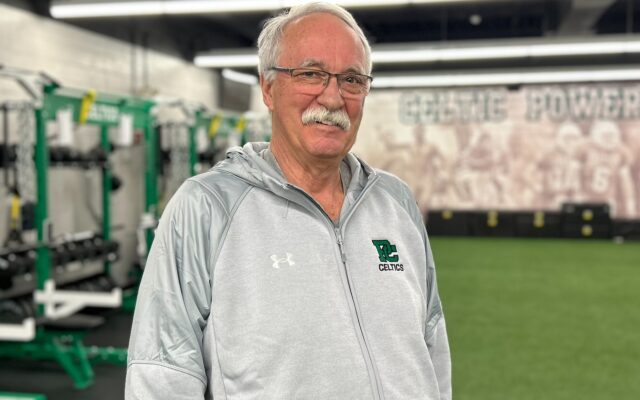 Providence Catholic High School is pleased to announce the hiring of new Head Soccer Coach Mike Taylor, who will oversee both the boys’ and girls’ soccer teams.

Coach Taylor, a graduate of MacMurray College, is the second all-time winningest boys’ soccer coach in state history. He holds two state titles, 13 state trophies, and a 70-percent winning percentage. Taylor began his coaching career at Glenbard South, and continued on to Fenton before heading to Saint Viator. He is a member of the East Suburban Catholic Conference Hall of Fame, Saint Viator’s Hall of Fame and the Illinois High School Soccer Association Hall of Fame. Most recently, he has helped with the junior varsity girls’ team at Willowbrook, assisted with St. Francis boys’ soccer, and will be mentoring a first-year coach at Lake Park.

In addition to coaching, Taylor believes strongly in community. He has led efforts to help local women’s and children’s shelters, made major equipment donations to Chicago Public Schools programs, and directed large-scale drives to collect uniforms and shoes that former students delivered on mission trips to Africa. A native of Zimbabwe, he recounted how when he was nine, his parents took in two children from the local orphanage to give them the advantages their own children had. “I’ve tried to raise my own kids like that, and to give to others,” Taylor said. He’s also led student trips to Europe 11 times, giving them the opportunity to see the world while playing soccer.

“Soccer is my life, but it’s about more than soccer,” Taylor said. “It’s an avenue to teach kids, to uplift people. Everyone needs to pay it forward just a little bit.”

Brad Guzan, a 2003 Providence Catholic graduate who led the 2002 boys’ soccer team to second-place state trophy, says, “As an alum of Providence, it’s exciting to know that Mike is going to rebuild the pride and success in the soccer program. I loved my four years at Providence and have so many lifelong memories.” Since his time at Providence, Guzan has gone on to play D-I soccer at University of South Carolina spent nine years in the Premier League, and was on two U.S.A. World Cup teams. Currently, he is the starting goalie for Atlanta United in the MLS. He adds, “Mike has a proven track record of producing championship teams on the field and using the sport to prepare kids for life after high school and soccer. That’s really what it’s all about.”

Jarrett Payton, son of Bears great Walter Payton, played soccer in high school for Coach Taylor and was an all-state soccer player before moving to football. “Providence Catholic is fortunate to have Coach Taylor,” Payton said. “His influence was instrumental in my development on and off the soccer field.” Payton went on to win a National Championship at University of Miami in 2001, was the Orange Bowl MVP in 2004, and played for the Tennessee Titans (NFL). Currently, he is a sports anchor at WGN-TV.