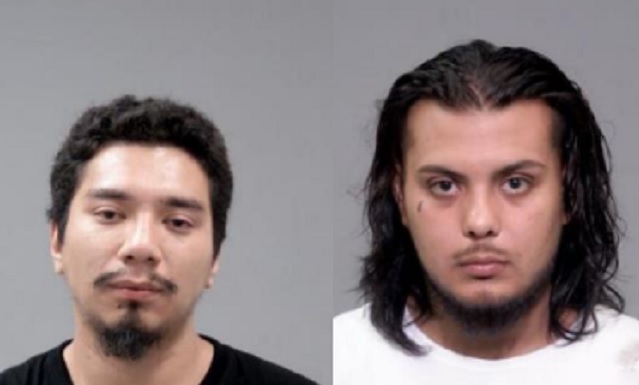 A Minivan chase with Joliet Police on Sunday morning ended in a field near a Joliet High School. It was just before 3:00 am that officers were patrolling the area of Cass and Scott Streets when a distressed motorist flagged the officers down. The driver informed police that two males had recently followed them in a minivan and that the minivan had attempted to run them off the road in a continued effort to force them off the road. The victim also stated that the two men were throwing things at the victim’s car. Police located the minivan near the intersection of Cass and Scott Street, but the vehicle refused to stop and instead fled from officers at a high rate of speed.

Joliet Police followed the vehicle to a grassy area near Joliet Central High School. The driver and passenger of the minivan attempted to run from officers but were quickly placed into custody. The driver has been identified as 27-year-old Jose Mascote, and his passenger was 22-year-old Rene Barbosa.

Mascote has been charged with Aggravated Assault, Reckless  Driving, Driving While License Suspended, and Resisting/Obstructing a Peace Officer.

Rene Barbosa was released on an I-Bond for Obstructing a  Peace Officer.