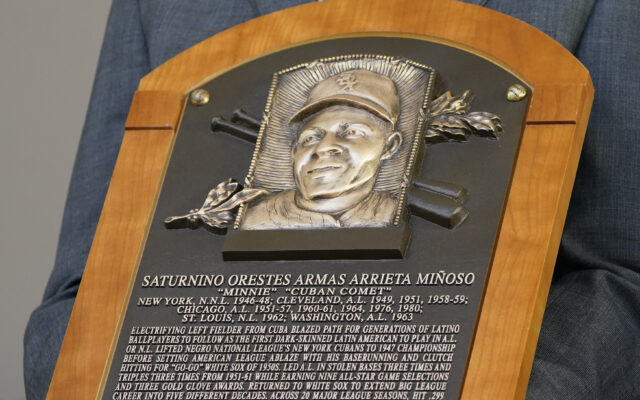 Minnie Miñoso is finally in the MLB Hall of Fame.  The White Sox legend was inducted yesterday as part of the 2022 class after receiving enough votes from the Golden Days Era Committee.  Miñoso was a nine-time All-Star and a trailblazer who became the first Black Cuban to suit up for the White Sox in 1951.  The three-time Gold Glove Award winner played in five decades from the 40s to the 80s, mostly with the White Sox.  He died in 2015 at the age of 89.