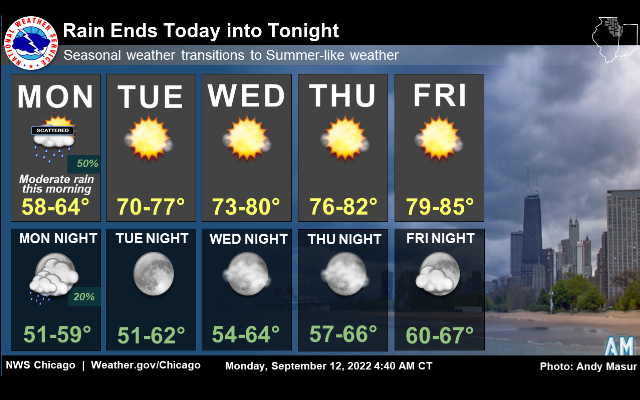 More rain is expected to today in the Chicago area. Storms moved across the region yesterday, bringing heavy rain that caused flooding in parts of the city and surrounding suburbs. A Flash Flood Warning was issued yesterday for parts of Cook, DuPage, and Will counties.

Persistent moderate to heavy rainfall has resulted in localized areas of flooding across the Chicago and Rockford metro areas. Continued rainfall will keep the flood threat ongoing through Monday morning, primarily for areas in Illinois north of I-80.

Area of moderate rain west of I-39 will move east this morning and early afternoon, leaving behind isolated showers this afternoon into tonight. Fall-like temperatures Tuesday will give way to above seasonal temperatures later this week with mostly clear skies. 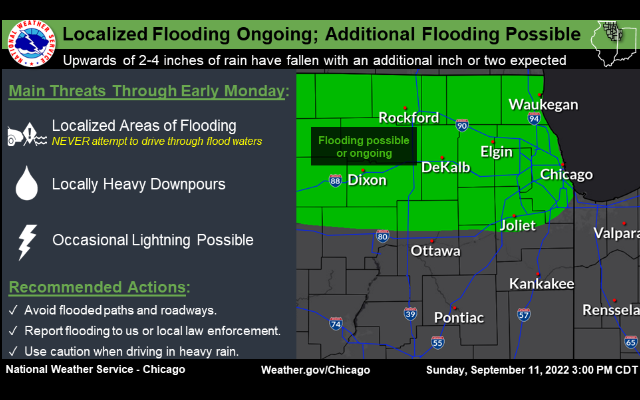