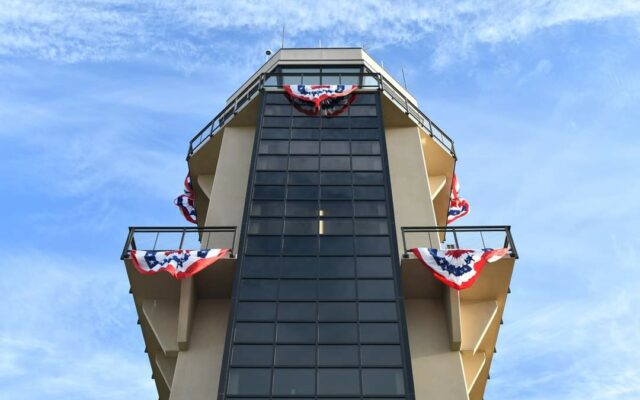 The Illinois Department of Transportation is celebrating the opening of a new air traffic control tower at Lewis University Airport in Romeoville. The eight-point two-million-dollar project is supported by six-million-dollars in state funding designed to improve aviation safety throughout the region. The tower is expected to open for operations on December 1st. The facility features two runways and serves as home to around 140 aircraft.

Romeoville Mayor John Noak says Lewis University Airport is one of the busiest in the state that didn’t have a permanent tower and he says if Will County expects to attract corporations then a tower is needed.