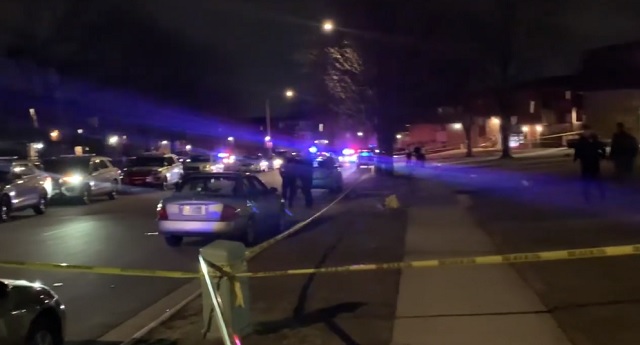 The Will Grundy Major Crimes Task Force is updating the public on an officer involved shooting that led to the death of a 30-year-old Crest Hill man. On March 14th at 6:48pm, the Crest Hill Police Department was called to 1412 Pioneer Road in Crest for a Domestic Battery complaint. Officers were told by dispatch that people in the apartment complex heard an unknown person making comments about “suicide by police.”  Shortly after arriving a verbal confrontation ensued between responding officers and the offender, later identified as Matthew J. Parks.

The sergeant discharged his firearm several times in the direction of Parks, who was approaching him with the knife.  The gunfire hit Parks several times, and he was later pronounced deceased on scene. It was originally reported by authorities that Matthew Parks stabbed one of the responding officers in the leg during the incident.  That information was incorrect, and evidence now shows that the officer’s injury was due to gunfire.  One of the rounds discharged by the sergeant struck the officer that compromised the apartment door.

The gunshot severed an artery in the officer’s leg and two of the responding officers on scene performed life saving measures on the scene.  The injured Crest Hill police officer was transported to a local area hospital and underwent numerous surgeries to repair the damage done to his leg.  Since the date of the incident, the officer has been released from hospital care and is recovering from his injuries.