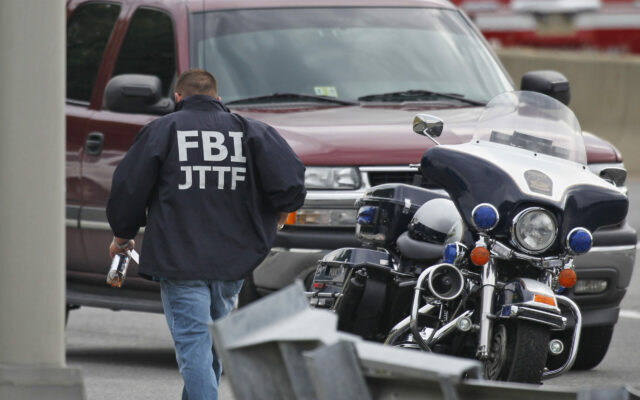 A Law enforcement official wearing an FBI Joint Terrorism Task Force jacket works near the Pentagon after a suspicious vehicle forced multiple road closures Friday, June 17, 2011 in Arlington, Va. In a situation that is still unfolding officials say one man is in custody after they found his car, parked in the bushes near the Pentagon. The car contained material that appears to be ammonium nitrate, spent 9 mm shells and written materials stating "al Qaeda Taliban rules." (AP Photo/Alex Brandon)

There is a new leader of the FBI’s Chicago Field Office.  Robert “Wes” Wheeler Junior was named the special agent in charge.  Wheeler most recently served as the chief of staff to the executive assistant director of the Criminal, Cyber, Response, and Services Branch at FBI Headquarters in Washington, D.C.  He joined the FBI in 1999 as a special agent.