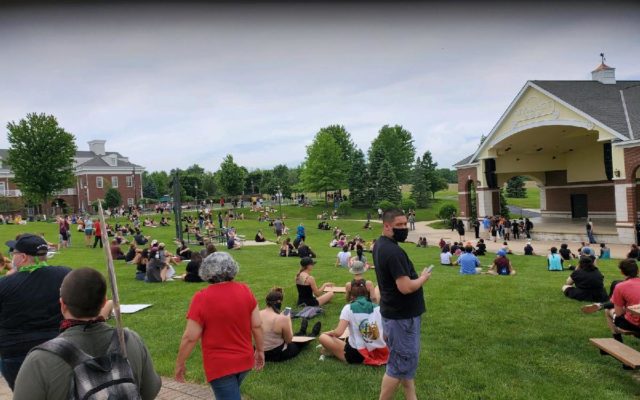 A rally in New Lenox began with a simple Facebook post by a teenager and grew to more than 1-thousand people on Thursday at Village Commons. New Lenox Mayor Tim Balderman says it was a sight to behold. Balderman says, “it was amazing,” as people gathered peacefully and “spoke eloquently about their concerns.”

Balderman says, “there are some real problems in society some real inequities and we all have to step up and make changes or this is going to go on forever.”

Balderman says every age and race took part. Over the last nine days, protests and rallies have been both peaceful and riotous across the nation following the death of George Floyd at the hand of the Minneapolis police department.