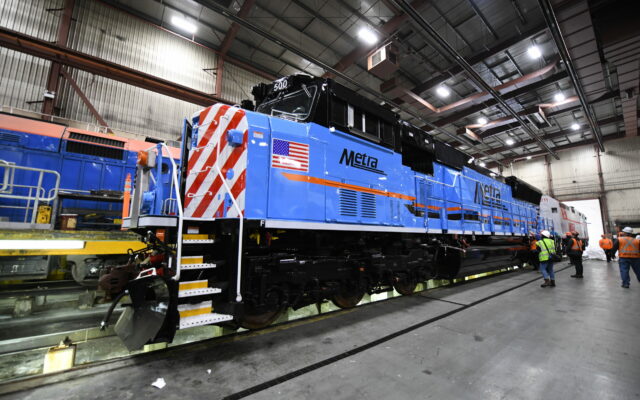 Metra debuted the latest addition to its locomotive fleet, a like-new, remanufactured locomotive that promises to increase reliability and efficiency and decrease emissions and operating costs. The new locomotive was improved and reconfigured for passenger use with refurbished, upgraded, or new components, was painted in heritage Regional Transportation Authority colors to celebrate the upcoming 50th anniversary of the formation of the RTA.

The remanufactured locomotives meet the Environmental Protection Agency’s Tier 3 emissions standards. Replacing 42 of Metra’s current locomotives that are rated Tier 0+ with 42 Tier 3 locomotives will eliminate 61 tons of nitrous oxide emissions annually – the equivalent to taking 6,600 cars off the road.