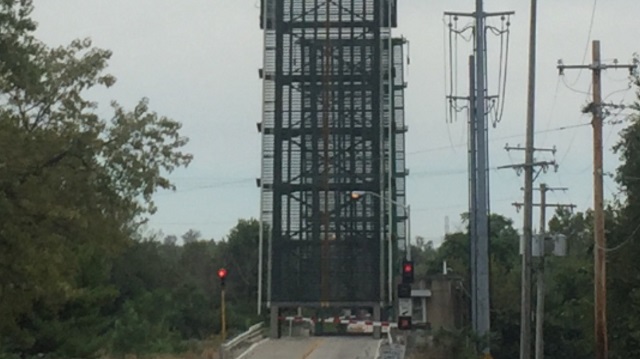 UPDATE: The Illinois Department of Transportation has announced “that the Brandon Road bridge is closed for emergency repairs, and inspections are ongoing. Reports that the bridge has been closed permanently are FALSE.”

It may be a new year but it’s the same old, same old for the Brandon Road Bridge. The bridge is closed in either direction over the Des Plaines River between Patterson Road and Route 6 in Channahon due to a mechanical failure. The bridge has been closed many times over the years. The latest in September of 2019. It was closed due to a sensor failure in the center lock system and reopened in late November of 2019.

The center lock has failed repeatedly since 2016. IDOT has tentative plans to replace the entire system in 2020. The project is in the design phase.

The center lock connects the two ends of the drawbridge when it is lowered and releases them when it is raised.

The bridge is one of six drawbridges over the Des Plaines River in the Joliet area. The other five are in downtown Joliet. The Brandon Road bridge is outside the city in the area of the Brandon Road Lock and Dam.