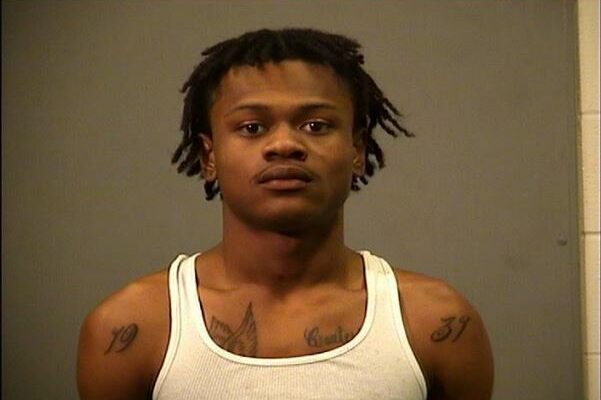 An 18-year-old man and 17-year-old juvenile were arrested on New Years Eve after allegedly breaking into an apartment and leading Joliet Police on a a chase through the city. It was at 11:38am on December 31st that police were called to the 200 block of Union Street in reference to a report of a possible burglary in progress. Officers determined that two suspects had kicked in a door and entered an apartment while the victim was inside. The victim was able to exit the apartment and call 911. The two suspects had fled the area prior to arrival of Officers.

An Officer observed a vehicle matching the suspect vehicle description that had been given out in the area of 4th Avenue and Richards Street. Officers attempted to stop the vehicle at which time the driver refused to stop, and a pursuit ensued. The vehicle then stopped in the area of Richards Street and Colburn Avenue. The juvenile exited the vehicle and was taken into custody without incident. The 18-year-old, Lamonte O’Neil, refused multiple commands by Officers to submit to arrest. Oneal was then taken into custody after a brief struggle. Upon searching the vehicle, Officers recovered a firearm under the driver seat as well as an additional firearm under the passenger seat. A check of one of the firearms revealed that it was stolen out of central Illinois in 2019.