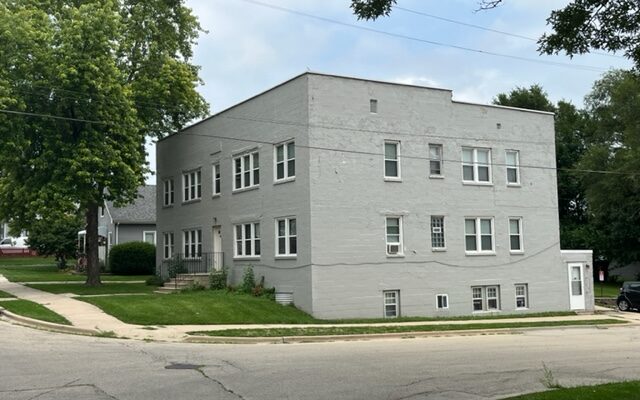 Earlier this week the Joliet City Council unanimously approved purchasing a home in the Cunningham Neighborhood Association and turning the property into a park. This effort is an attempt by the city force out sex offenders living at an apartment building at 1000 Cora Street. Six sex offenders are currently living at the property in question due to a lawsuit against the Illinois Department of Corrections regarding improper housing practices for sex offenders in the Department of Corrections system.

The following statement has been sent to WJOL from Attorney Sara Garber who is a legal representative for NewDay Apartments. The statement is a response to the Mayor Bob O’Dekirk’s recent statements about building a park as well as other related issues surround the apartment complex.

NewDay Apartments provides safe and stable housing for registrants, within the bounds of the law and under the supervision of the Illinois Department of Corrections. NewDay Apartment’s commitment to housing registrants fills an urgent need and makes the community safer by providing stable housing to individuals who are working to rebuild their lives and contribute positively to the community.

Response to Mayor’s Comments/Plan for Park

The Mayor of Joliet’s suggestion that he will take steps to try to shut down a business operating lawfully within the community is unwarranted and deeply concerning.

Moreover, the Mayor’s suggestion that the City will buy a nearby property and turn it into a park to put the registrants of NewDay in violation of Illinois law is not only troubling, but also will prove to be futile. Most individuals required to register as a sex offender are not subject to the 500-foot restriction referenced by the Mayor. Adding a park within 500 feet of NewDay may change the name of the tenants at NewDay, but it will not stop NewDay from housing registrants there.

Despite previous comments by Joliet public officials, Joliet is not a “dumping ground for Will County communities.” The small number of registrants living at Cora St, which has gathered so much attention recently, is minimal when compared to the number of registrants in Joliet and throughout the state of Illinois. In fact, there are more than 30,000 people on the Illinois sex offender registry, and those registrants reside in every community throughout the state.

Housing is a Basic Right and the Foundation for Safe Community

Housing is a basic right and the foundation for a positive, productive life and a safe community. People who have been held accountable deserve the opportunity to rebuild and contribute to society. NewDay Apartments houses registrants who seek to lead peaceful, quiet lives, to reconnect with their families, and to work towards a better future.

Highly restrictive state residency laws and reluctance by landlords to provide housing for registrants leads to homelessness and instability in the community. Housing providers like NewDay Apartments provide an essential public service by giving people who have been held accountable the opportunity to establish homes and live law-abiding lives.

Moreover, the individuals residing at 1000 Cora are under the supervision of the Department of Corrections, which means they are attending mandatory therapy, must wear GPS monitors, and receive frequent visits from a parole agent. Additionally, NewDay Apartments has a selective screening process and security measures in place to protect their residents and the community, including security cameras on the premises.

The contention that placing registrants together in a single location is somehow more dangerous than placing them at different addresses in a neighborhood, is ill-informed.  In fact, clustered housing has been shown to increase community safety. It allows for more effective and efficient resource management by local law enforcement (police/parole) and it reduces the overall number of neighborhoods impacted.  A single officer can visit 5 registrants at Cora St., for example, in the same time it takes to see one registrant living alone.  Additionally, allowing specialized housing locations such as those provided by NewDay ensures that registrants are living in housing units run by landlords who are selective, well-informed, and provide appropriate oversight.  For example, at NewDay, all new tenants are assigned a NewDay team member who ensures they are seeking employment, keeping their surroundings clean, and living law-abiding lives. Moreover, it has been demonstrated that when registrants live together, they actually are incentivized to support their fellow registrants on a law-abiding path and to hold each other accountable, in part, because they know how fragile their housing situations are. If one registrant were to get in trouble with the law, for example, all registrants at that building would risk losing their extremely difficult-to-find housing.

According to the National Center for Missing & Exploited Children, the number of registrants in the United States is increasing by about 5% annually, so the problem of how and where to house registrants is only growing bigger over time.  Endless incarceration (i.e. “lock ’em up & throw away the key”) is not the answer: it is unconstitutional, prohibitively expensive, and disproportionate.  Moreover, forcing registrants into homelessness by taking away stable housing actually increases community risk by making it difficult for local law enforcement to locate registrants. Further homelessness forces registrants into unstable living circumstances and onto the streets in the exact way concerned neighbors do not want. The only successful and practical solution is to provide safe, affordable housing in specialized environments such as what NewDay offers.