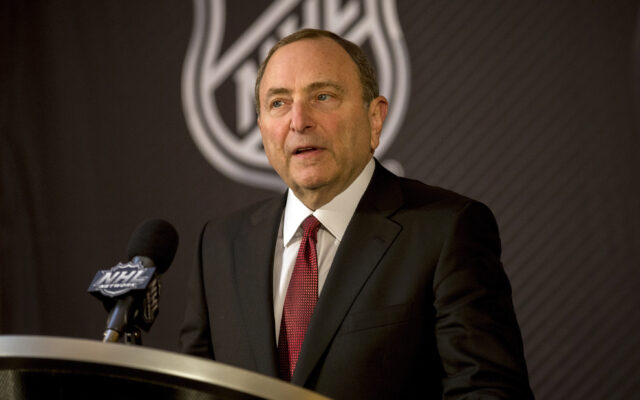 NHL commissioner Gary Bettman is defending the league’s actions in the Blackhawks’ scandal. An independent investigation concluded that the Hawks mishandled sexual assault allegations made by former player Kyle Beach against former video coach Brad Aldrich in 2010. The league was criticized by some who felt the Blackhawks being fined two-million-dollars wasn’t enough. Bettman said the fine was substantial by any measure. The league also took heat for letting former Blackhawks coach Joel Quenneville coach one more game for the Florida Panthers. Bettman said he wanted to make sure that no one could say he prejudged Quenneville.