That’s how fast it happened.  Northpoint’s plans for east of Rt. 53 and south of Manhattan Road have been stalled because they need a bridge to get over Rt 53, and multiple lawsuits have stopped any progress.  Joliet, however, gave Northpoint the foothold in Will County it needed during a 7-1 City Council vote on May 17th, and Northpoint has hit the ground running.  After more than six years of struggle, to the dismay of many residents on the north side of Noel Rd. who woke up one morning to the sounds of earth-moving machines.  No door hangers. No emails. No phone calls.  No notice. 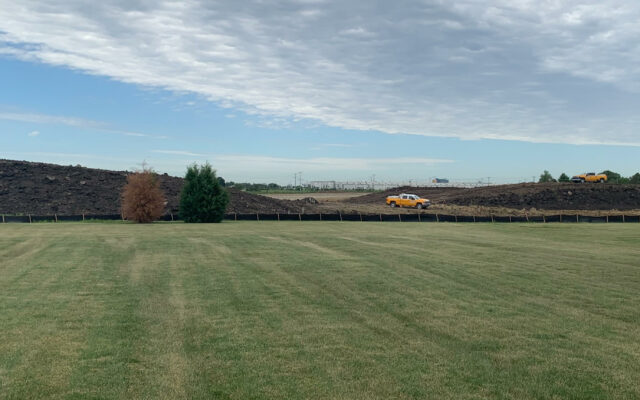 How close is the project to the homes?  From 100-150 feet from some of their backdoors to the silt fence.  Northpoint told residents they would build a berm with trees and possibly a fence on top to be good neighbors, but property owners say that will do little to help shield the sights and sounds of a 3 million sq. ft. logistics park.  They are upset with Northpoint and Joliet for what they call anything but neighborly behavior.  At informational meetings, Northpoint said they would offer anyone that borders their property fair market value for their home and land.  Those offers never came.  WJOL spoke with nearly half of the 13 homeowners on the north side of Noel and east of Bridge; only a single property was offered of the ones we talked to.  That offer was made because the developer needs an easement on the homeowner’s property for groundwater runoff to Jackson Creek. 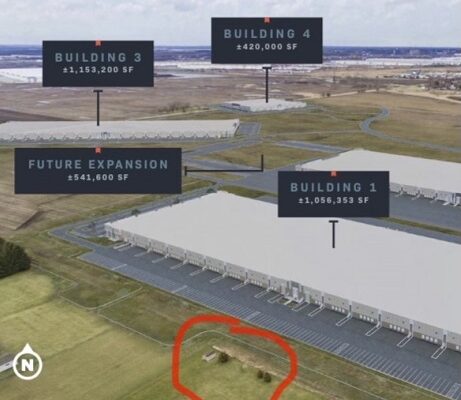 It’s not just the size of the buildings and the proximity to their homes. Residents are sure their properties will be flooded by runoff from the park threatening their homes and septic systems. What about property values?  One homeowner said, “my home now probably has no value.”

Lastly, residents of Noel Rd. are also concerned with traffic?  How will the trucks and cars get to this building?  At this point, nothing has been made public about IDOT allowing entry and exit onto Rt. 53, and if that is ever approved, residents already inundated with truck traffic fear that the road will be even more dangerous.  So if they can’t get on to Rt. 53, how about going to the west?  That’s when Centerpoint gets involved because there has been no agreement with the logistics giant about using roadways that are theirs.  Centerpoint is already locked in a battle with Joliet on allegedly violating the MOU between the parties, and part of the disagreement has to do with Joliet and Northpoint assuming Centerpoint roads will be available to them without ever doing a traffic study. The next court date to hear arguments in that ongoing dispute is in July. So other than already closing Bridge Road, residents are wondering what the traffic plan is for the already underway project.

But like the morning they woke up to earth being moved just feet away from their breakfast tables without advance notice, they say they’ll find out when more earthmovers arrive and start carving out the roadways.