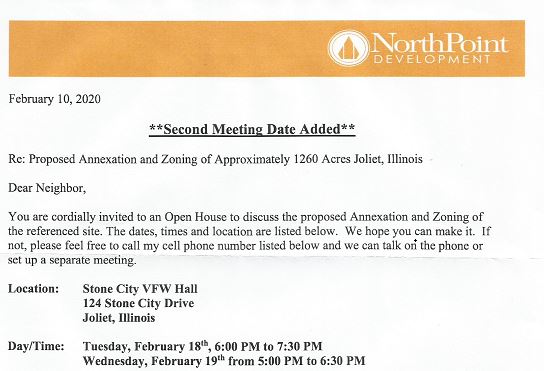 The NorthPoint development is holding two open houses for residents in the Jackson Township area that will be affected if Joliet annexes more than 12-hundred acres of land to the proposed warehouse/trucking facility.

The Joliet planning commission will meet on Monday, February 24th at Joliet City Hall Council Chambers at 4 p.m., the meeting is open to the public.