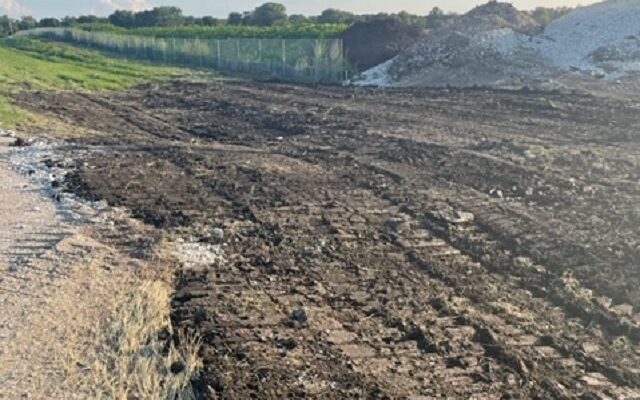 Less than 24 hours after reporting on an unauthorized cutout from a controversial construction site to a significant Will County road, the cutout no longer exists. On Wednesday morning WJOL News reported on the cutout that NorthPoint had constructed a cutout onto Route 53 from the work site to move the trucks in and out of the area.  In June of this year, NorthPoint began building the 3-million square foot logistics facility west of Route 53 north of Noel Road. This was the land annexed by Joliet.

WJOL was alerted to the cutout and contacted the Illinois Department of Transportation to see if NorthPoint had received the proper permits for this project. IDOT said permission was not granted, and that they would be looking into the matter. WJOL had learned by Wednesday evening that the gravel cutout had been removed, and the gravel was now in mounds off the side of the road.

Just Say No to NorthPoint shared with WJOL a recent FOIA they had requested from IDOT. The state agency stated they have no current place to give direct vehicle access from Route 53 to the lots in question until the legal battle between Joliet and CenterPoint concludes.