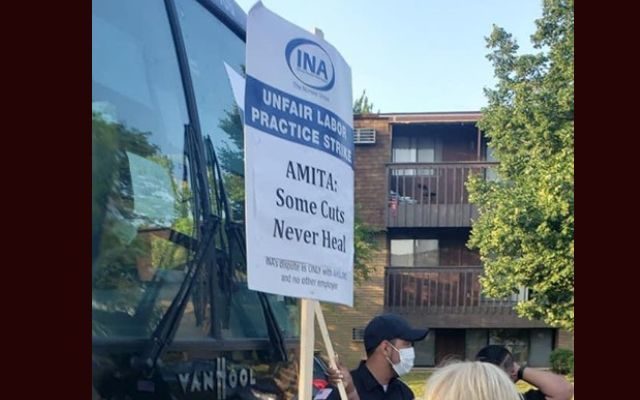 Nurses represented by the Illinois Nurses Association at AMITA St. Joseph’s Medical Center on Saturday rejected  a new offer on a three-year contract, citing a failure by AMITA to adequately address short staffing within the hospital.

“The nurses have spoken loud and clear. They are demanding staffing improvements with guarantees,” said Pat Meade, RN, one of the lead union negotiators.  “This offer did not go far enough. The staffing crisis in this hospital needs real solutions.”

INA made nurse and patient safety issues a priority and remained firm in emphasizing an improvement on staffing issues at the hospital.  INA had pushed for a number of improvements in staffing, including limits on the maximum number of patients that can be assigned to a nurse at one time and making current staffing grids enforceable.

Johnson said that INA will now develop a modified agreement that includes measures to hold AMITA accountable on staffing issues as well as protections to ensure each hospital unit floor is staffed to account for patient safety.

INA represents more than 720 nurses who work at the hospital and both sides had been in negotiations on a new contract since early Spring.  The existing contract expired on May 9th and the nurses began their unfair labor practice strike on July 4th.