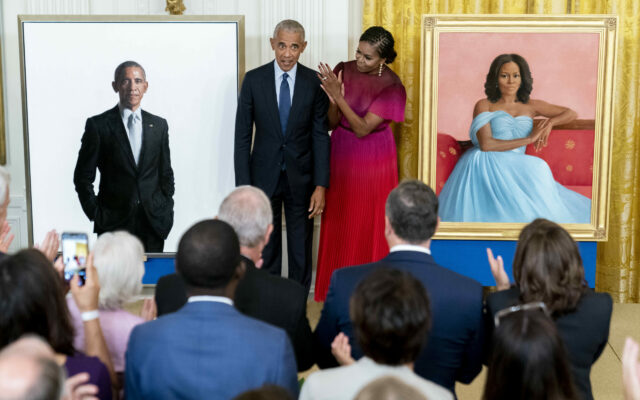 The official portraits of former President Obama and former First Lady Michelle Obama are now hanging up at the White House.  The former Illinois Senator and his Chicago native wife were at the White House yesterday when their portraits were unveiled.  Barack later released a statement saying “These portraits have a special significance, because they will hang in the White House alongside portraits of other presidents and first ladies dating back to George and Martha Washington.”