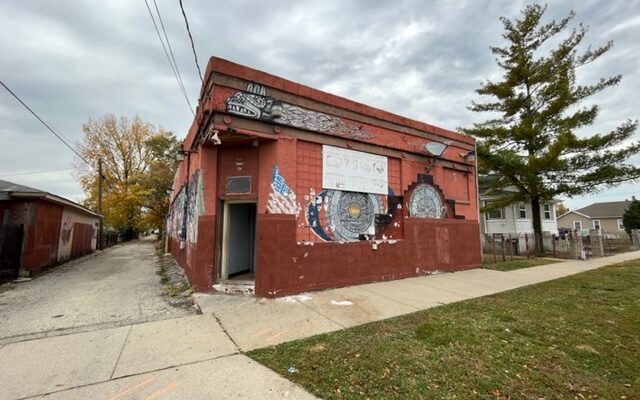 An early Monday morning stabbing in Joliet has left one man dead and one man injured. It was just after 1:00 am that Joliet Police were called to the Spanish American Club (413 Meeker Avenue) after receiving an emergency call involving a reported stabbing. Shortly after arriving, Officers located two 40-year-old males on the ground outside of the bar that had suffered stabbing injuries.

The Will County Coroner’s office identified the victim as 40-year-old Jorge Chiguil Toto of Joliet.

It is believed that both victims were stabbed following an altercation with a male suspect inside the bar. The suspect also struck a 50-year-old male in the face before fleeing the area. Both 40-year-old victims were transported to Silver Cross Hospital by the Joliet Fire Department  where one of the victims, Chiguil was pronounced deceased while the other victim remains in stable  condition. The 50-year-old victim refused medical treatment. Identification of the deceased  victim and manner of death will be determined by the Will County Coroner’s Office.

This is an active investigation in its early stages as Joliet Police Detectives work to identify the  suspect. If anyone has information related to this incident, they are encouraged to contact the  Joliet Police Department Investigation Unit at 815-724-3020. They can also contact Will County  Crime Stoppers at 800-323-6734 or online at https://crimestoppersofwillcounty.org/ if they wish  to remain anonymous.