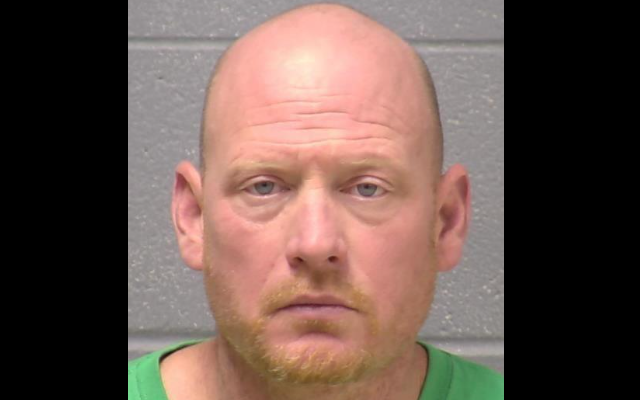 A Wilmington man is arrested on weapons charges after he was found with a woman who overdosed on heroin at Motel 6 in Joliet. It was on November 7th at 3:34 a.m. that Joliet officers responded to Motel 6 at 1850 McDonough Street for a report of a possible drug overdose in a guest room. Upon arrival, Officers determined that Dennis Johnston of Wilmington and a 39-year-old female victim were in the motel room at which time the female victim appeared to be suffering an overdose. Further investigation determined that both had ingested heroin. The female victim was transported to Silver Cross Hospital where she would later be announced deceased.

Officers recovered a loaded .380 handgun from the motel room and placed Johnston into custody without incident. While Johnston was being transported to the Joliet Police Department for booking, the transporting Officer noticed that it appeared that Johnston was suffering the effects of a possible overdose. The Officer called for a Joliet Fire Department ambulance and Johnston was transported to Amita St. Joseph Medical Center. Upon release from the hospital, Johnston was interviewed in which he indicated ownership of the firearm.

Johnston was arrested, booked, and transported to the Will County Adult Detention Center for Aggravated Unlawful Use of a Weapon, Unlawful Possession of Ammunition, and No FOID.