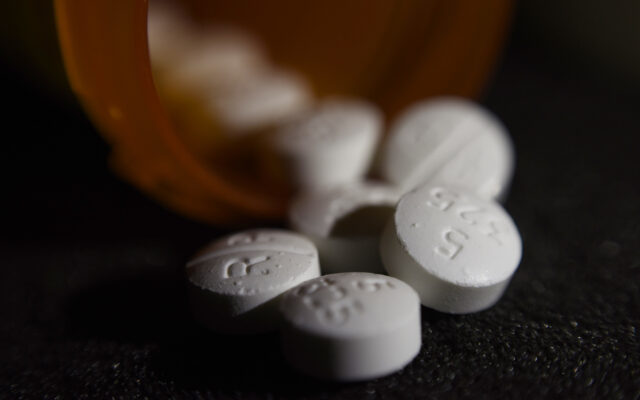 FILE - This Tuesday, Aug. 15, 2017 file photo shows an arrangement of pills of the opioid oxycodone-acetaminophen in New York. On Monday, Oct. 26, 2020, the American Academy of Pediatrics issued new guidance aimed at improving care for women and newborns affected by the mothers’ opioid use. (AP Photo/Patrick Sison)

Update – June 14th – This is the office of Will County Coroner Laurie H. Summers, reporting 3 suspected drug toxicity cases from June10th – June 12th, 2022. These deaths were reported in Joliet. The Will County Coroner is committed in keeping the public aware of these deaths, in a effort to curb the use of substances that contain fentanyl.

Between June 6 – 9, 2022, there were 10 opioid-involved deaths in Will County. According to the Illinois Department of Public Health (IDPH), “from June 2 – 7, 2022, multiple opioid overdoses (fatal and non-fatal) have occurred in collar counties, surrounding Cook County.”

Will County Coroner Laurie H. Summers indicated that majority of these overdose deaths have been due to cocaine mixed with fentanyl. IDPH said the following in a statement, “Coroner interviews with those knowledgeable about drug use circumstances suggest those who died thought they had purchased cocaine and were social (not regular) users.”

IDPH added, “If taking illicit substances, there are precautions that can be utilized to reduce risk for fatal and non- fatal overdose. Consider testing the substance for fentanyl using fentanyl test strips. Carry naloxone and do not use
substances alone. Also, be aware that more than one dose of naloxone may be required to reverse an overdose, especially when synthetic opioids are involved.”

“We understand this is a troubling time and want people to know there is help,” said Public Health & Safety Chair Rachel Ventura. “The Will County Rapid Response Team is ready to distribute Narcan and fentanyl testing strips to anyone who wants or needs it. The Rapid Response Team is also available to help individuals who are ready for treatment. Narcan can be found in most micro pantries and is frequently restocked in hot spots. Time is of the essence to save lives right now.”