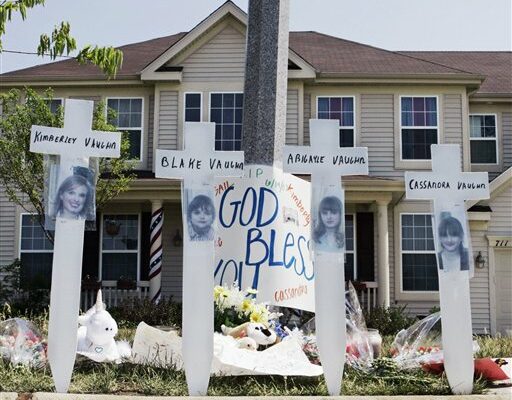 The parents of a man convicted of killing his wife and three children are suing the office of Will County State’s Attorney James Glasgow. The legal action accuses prosecutors of improper manipulation of the grand jury that indicted Christopher Vaughn. The suit claims a state police official knowingly falsely testified that blood found on a seatbelt in the Vaughn family SUV belonged to Vaughn’s wife. The defendant was found guilty of the 2007 murders of his family in 2012.