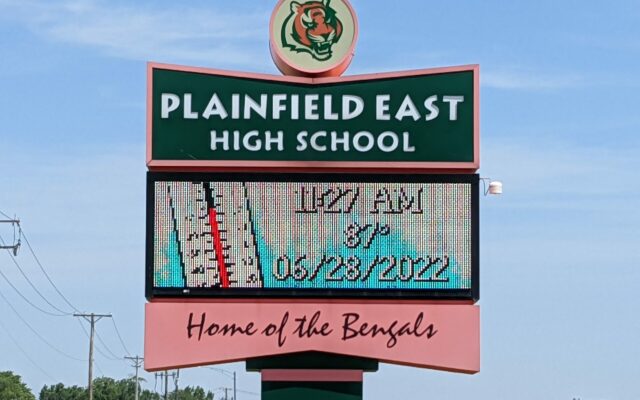 District 202 will ask the Will and Kendall County clerks for $220,300,240 in local property taxes (including bond and interest) through the district’s 2022 levy – about $16 million or about 7.85 percent more than last year’s total levy.

The District 202 Board of Education approved the proposed annual levy at its December 19, 2022 regular meeting following a public hearing as required by law.

District officials project that the district’s total tax rate will fall from $5.22 per $100 of equalized assessed value (EAV) this year, to about $5.14 per $100 of EAV thanks to rising property values, and conservative budgeting.

This will be the eighth straight year the district’s anticipated tax rate is expected to drop. The district’s tax rate has fallen almost 17 percent since 2014-15 when it reached $6.26.

The actual tax rate cannot be determined until after the district’s EAV is finalized early next year. Final tax bills encompass tax rates from numerous governmental entities and are affected by individual property values.

The tax levy is the school district’s official request for its share of local property taxes. The tax extension is the amount of local taxes the district receives from the counties it serves. The official extension will be calculated after the district’s final equalized assessed value is set next April.

The approved 2022 levy request is about 7.85 percent higher than the 2021 extension of $204 million (including bond and interest).

Therefore, when the levy process is complete District 202 estimates the total increase will be 6.02 percent including new property values.

This is the first time that CPI has exceeded the 5 percent threshold since Will and Kendall counties adopted the Property Tax Extension Limitation Law in 1991 and 1997, respectively.

Governments routinely request more money than is needed to ensure that they capture their full share of taxes. This process is called a “balloon levy.” If governments ask for less than what they ultimately are due, they lose any funds greater than what was requested.

New property values and final EAV totals can fluctuate between now and when final numbers are determined. The district is also facing increased expenses due to inflation.

While districts are limited to a 5 percent increase in their property tax extension (before new property values), a 7 percent CPI means many supplies and services are costing more than this increase.

Of the total amount of the proposed 2022 levy, about $194.4 million, or about 88 percent will go to the districts’ operating funds — Education, Operations and Maintenance, Transportation, Working Cash, Illinois Municipal Employees Retirement Fund, Special Education and Tort.