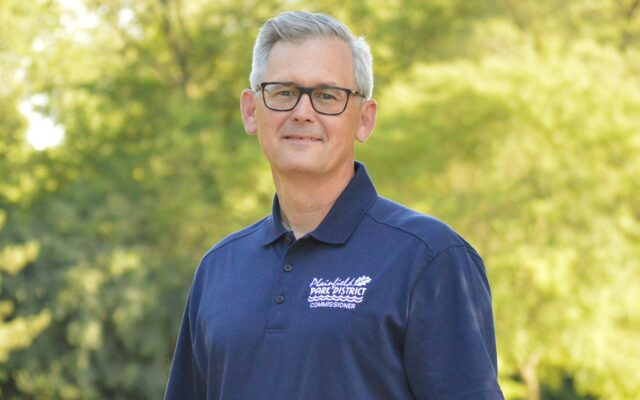 Two commissioners were sworn in to new terms at the Plainfield Park District’s board meeting in May.

Returning Commissioner Heath Wright, who was first elected to serve a partial term on the board in 2019, was sworn in for his first full term following his re-election on April 6.

At the same meeting, new board member Colette Safford was sworn into her first term on the board of commissioners.

A 10-year resident of Plainfield, Commissioner Safford is an attorney with a solo law practice in Joliet focused on DCFS, guardianship, and adoption matters.

Commissioner Safford said that she ran for the Park District board to advance the District’s work on issues relating to sustainability as well as diversity, equity, and inclusion.

“I thought serving on the board would be a great way for me to encourage residents of all ethnicities to participate in Park District programs,” said Safford.

“It’s also a great way for me to share my ideas and encourage further green initiatives,” she said.

The Park District also thanked outgoing commissioner Pam Covington for her service to the board. Covington was appointed in November 2020 to serve out the remainder of former Commissioner Mary Kay Ludemann’s term.