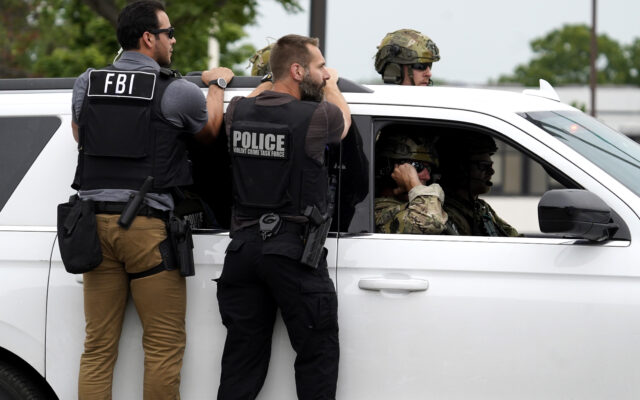 In our continued investigation into the shooting in Highland Park on July 4, 2022, the Illinois State Police (ISP) looked into the criminal background of the individual charged in the crime.

The only offense included in the individual’s criminal history was an ordinance violation in January 2016 for possession of tobacco.

ISP has no mental health prohibitor reports submitted by healthcare facilities or personnel.

The September 2019 Clear and Present Danger report made by the Highland Park Police Department was made in response to threats allegedly directed at the family, but the report indicates when police went to the home and asked the individual if he felt like harming himself or others, he responded no. Additionally and importantly, the father claimed the knives were his and they were being stored in the individual’s closet for safekeeping.  Based upon that information, the Highland Park Police returned the knives to the father later that afternoon.

The report was related to threats the subject made against his family. There were no arrests made in the September 2019 incident and no one, including family, was willing to move forward on a complaint nor did they subsequently provide information on threats or mental health that would have allowed law enforcement to take additional action.  Additionally, no Firearms Restraining Order was filed, nor any order of protection.

At that time of the September 2019 incident, the subject did not have a FOID card to revoke or a pending FOID application to deny. Once this determination was made, Illinois State Police involvement with the matter was concluded.

Then, in December of 2019, at the age of 19, the individual applied for a FOID card. The subject was under 21 and the application was sponsored by the subject’s father. Therefore, at the time of FOID application review in January of 2020, there was insufficient basis to establish a clear and present danger and deny the FOID application.