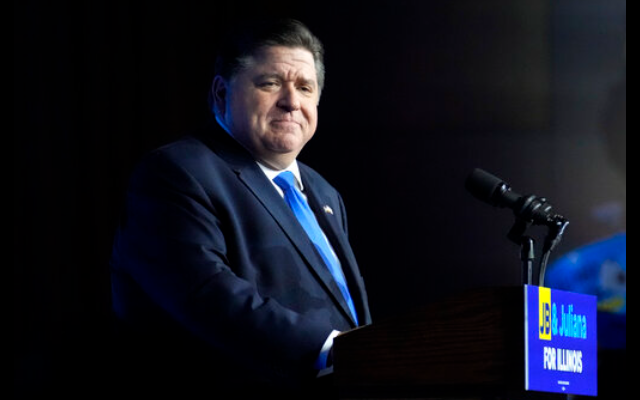 With a second term ahead, Illinois Gov. J.B. Pritzker has his sights on an aggressive agenda and denies he’s running for president in two years.

Pritzker spent more than $145 million since 2021 in his reelection effort. The morning after winning, he was asked how much he’s willing to spend on a bid for the White House.

“I am not focused on that at all, I am focused on serving as governor for the next four years,” Pritzker said. “It’s really the most important thing to me as we have a lot of challenges Illinois has to overcome. We’ve got to work hard on it, and I’ll be doing that.”

Pritzker’s victory speech Tuesday railed against what he said were extremist Republicans.

Wednesday, he doubled down.

“That the super-minority of Republicans control the Republican party,” Pritzker said. “So, I implore them to change.”

Pritzker’s political opponents had a range of criticisms from increased taxes during his first term to the end of parental notification of abortion and COVID-19 orders limiting economic activity and in-person education.

Amid other issues, Pritzker aims to ban certain types of firearms and further enshrine access to abortion, even as early as next week when lawmakers return for veto session, if the votes are there.

“The fact is, whether we get it done in November, or we get it done in January, early in the session, whenever that may be, we are going to work on passing an assault weapon ban and making sure that we are protecting women’s reproductive rights by expanding capacity and making the investments that are necessary here in our state to protect women,” Pritzker said.

After touting the temporary tax relief he enacted before the election, he said he’s open to more.

“I would love to work on continuing to balance the budget and run surpluses so that we can look at permanent tax relief,” Pritzker said.