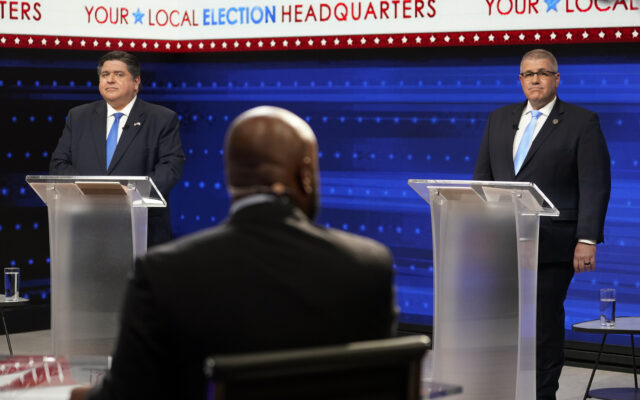 The war of words between Democratic Governor J.B. Pritzker and Republican challenger Darren Bailey continues just several weeks before the November election.  During their final debate of the campaign last night, Pritzker accused the state senator of being a “threat to democracy” over his support for former President Donald Trump.  Bailey fired back by labeling Chicago “Pritzkerville,” blaming the governor for the city’s problems with crime, education and business retention.  The pair also clashed on abortion